The hike started off easy enough. Within a hundred feet of starting, we forged the stream. It was swift but not too bad, and most everyone was wearing sandals. Next were some steep trails that weren’t too bad with the cold weather we were having. Henry hiked right up without a complaint. 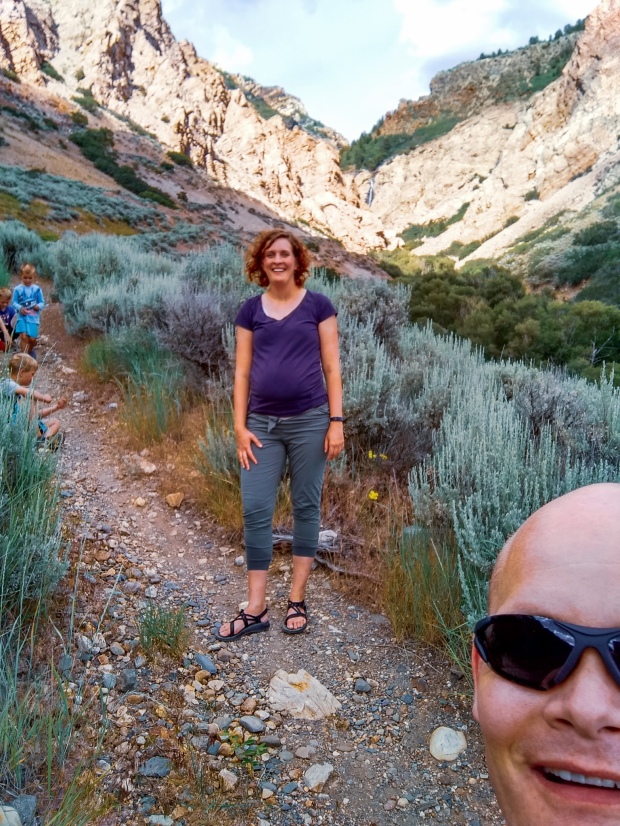 Soon, the nice hike turned hazardous. The first hazard were two nearby water crossings. The first bridge was a sketchy, handmaid V that was still pretty stable and not too bad. The second was a wet slippery board and a few branches over a raging stream. We only made it across thanks to the steady help of Joe. Soon after that was poison ivy. And then was a very rocky, steep scramble up to a top of a cliff. We were a bit worried to encounter more hazards or get stuck. Luckily, it all ended in a lovely viewpoint of two waterfalls. 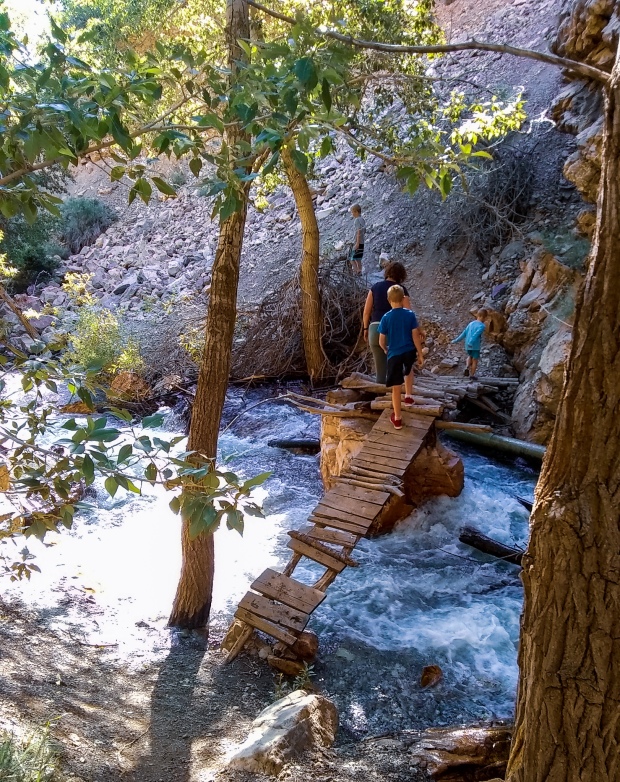 Back down three people scraped their legs up on the boulder field we climbed up. Henry had a scary time crossing the slippery bridge and would have fallen in if his dad wasn’t tightly holding on to him. Our difficulty rating for the hike was a 10. Any harder and we wouldn’t have made it. But we did make it, and that is why I love hiking. I also realized why we hadn’t been on that hike for four years even though it was 10 minutes away from our home, and promised the kids we wouldn’t go back for a few more years.